FREE Shipping On All Orders Over $400 (in the continental US) 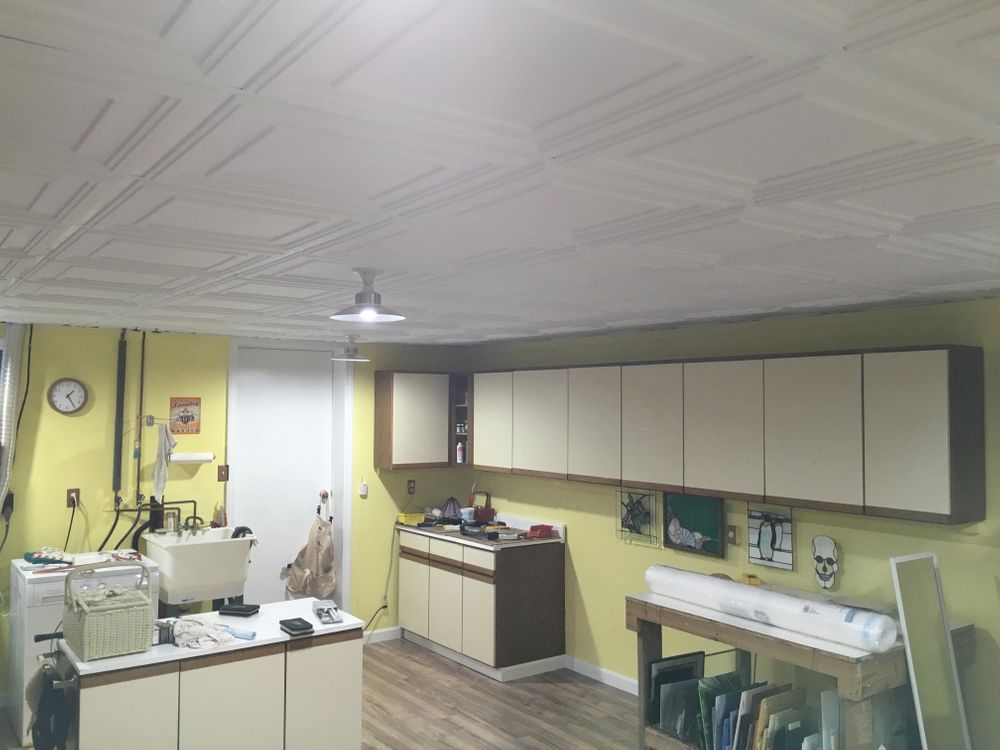 An unfinished basement is like a blank canvas. It’s empty space now, but there are limitless possibilities for the future. Unlike painting a blank canvas, however, finishing a basement can cost tens of thousands of dollars.

So what are the costs to refinish a basement, and how much should you expect to spend? 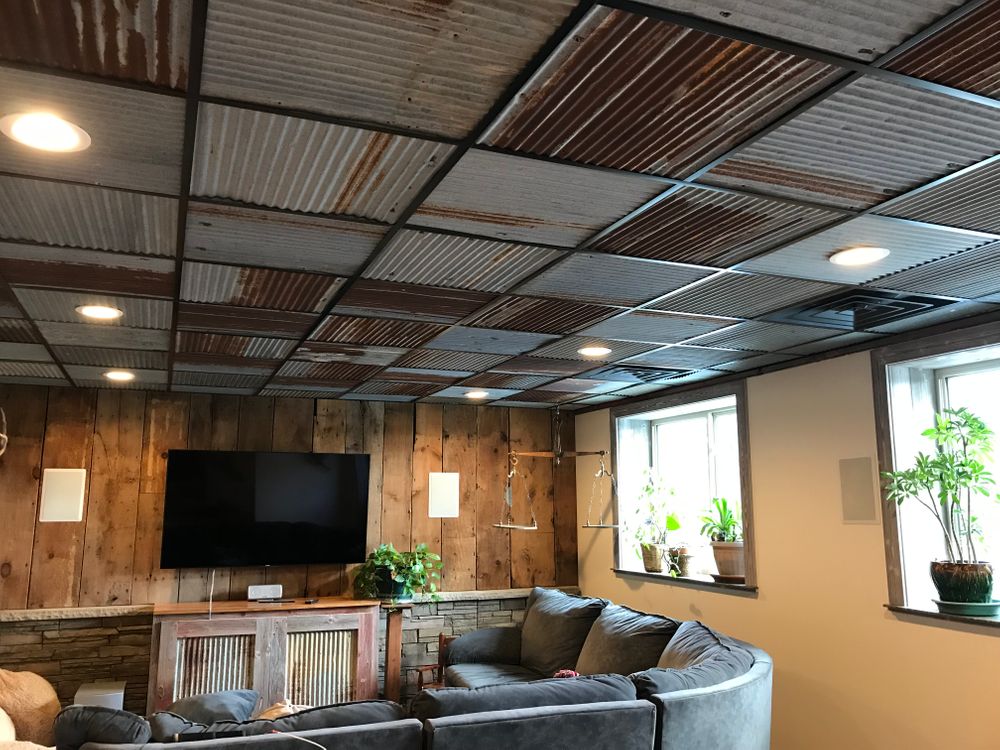 When you take a closer look at basement remodeling, you’ll see that the price, just like the options, vary greatly. There are also some ceiling options for basements that vary in cost as well.

However, by understanding the highs, lows, and average costs of basement remodeling, you’ll be better prepared for this important home improvement project.

If you want a basic, simple, affordable basement, you can probably get by with as little as a couple thousand dollars; even less if you are particularly mindful of cost and able to handle basic tasks. If the area is small and you can handle simple tasks like installing sheetrock, putting up a direct mount ceiling, and painting the walls, you can probably squeeze your basement finishing project into $2,000. However, don’t expect a glamorous area that you will show off to friends and family.

While some people may try to do basic basement improvement for as low a price as possible, others are willing to spend as much as needed to get the basement they have always dreamed of. If you have the means and the desire, there is nothing wrong with spending a little extra to get the basement that makes you happy. Depending on the extent and extravagance, you can easily spend $70,000 or more on a basement finish. This can cover new lighting fixtures, an elegant bar, high-quality flooring, custom molding, and more.

While there are extreme highs and lows for basement finishing, the average homeowner will likely spend somewhere around $20,000 to $30,000 on the project. This assumption is based off of two sources: Angie’s List and Home Advisor. According to Angie’s List, “the national average cost for a basement remodel is $32,000.” However, according to Home Advisor, the average cost is only $18,540. This leads us to believe that the average is probably somewhere in the middle; maybe around $25,000.

Where Does the Money Go?

While most of the cost of remodeling will go to materials and products, roughly 20% of the cost will be labor.

One of the most popular options for basement remodeling is adding a wet bar. According to Red Beacon, a site for matching homeowners and contractors, the average cost for a wet bar installation is about $1,384. However, the cost can go above $2,800 with new appliances, sinks, higher-end bar-tops, and fancier lighting.

Many people will want to soundproof their basement. This will add better privacy and convenience but will increase the cost of the project. Much of the cost will depend on what products you select. For sound proofing, you can add insulation, which usually runs about $1 to $1.50 per square foot, or higher end acoustic ceiling tiles be between as $1.75 to $5.00 per square foot.

What is the Return on Investment for a Finished Basement?

Homeowners often want to know if they will get their money back on remodeling when they sell the house. Again, this comes down to many factors, but for the most part a finished basement will not deliver a full return. Remodeling Magazine conducts annual research on project costs and the value they bring when selling a home. According to their 2015 data, a “Basement Remodel” will return 73% of it’s cost.

However, this is looking at basement remodeling and finishing from a strict financial perspective. It doesn’t take into account factors like enjoying more space, giving your home more character, or simply making your home more personalized for you and your family. If it makes you happy, it’s often worth the investment.

Remember that practically all projects won’t bring a full return in home value. For example, a major kitchen remodels only bring back about 69%, and a bathroom remodel only returns about 70%. So don’t be discouraged. It may not be the place to put your money from an investment standpoint, but a finished basement (or any remodeling job) can help your house sell quicker and will make you happier during the years you live there.